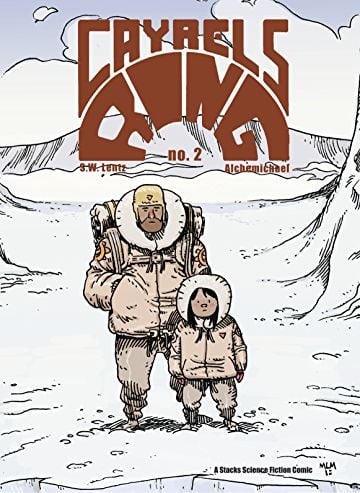 With the first issue of Cayrels Ring, we told a self contained story, an epic tale but it was only the beginning. This the second issue, features 3 short stories, each featuring a different person's experiences and trials while inhabiting this far away galaxy.

Ramy Hezal works in a Spore manufacturing plant on Movi Ilan, or at least he did. Hezal relates his story of dismissal to an unlucky fellow bar patron.

Daito Renda lives on small island on the planet M'Konist with Arala, his 8-year-old daughter. One morning Daito receives an email from the Namuvin Mining Corp stating that they've found the frozen body of his wife. His wife died shortly after their daughter was born while working on the mining moon of Tungl Jo.